Written by: Acharya Buddharakkhita
Published on: January 14, 2013
Category: The Dhammapada 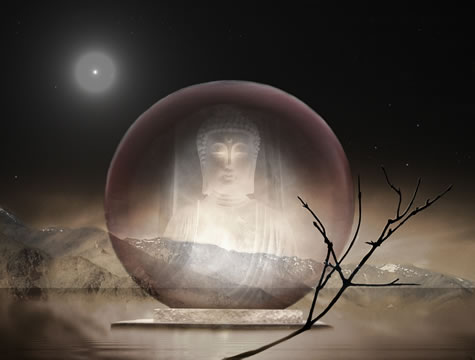 33. Just as a fletcher straightens an arrow shaft, even so the discerning man straightens his mind - so fickle and unsteady, so difficult to guard.

34. As a fish when pulled out of water and cast on land throbs and quivers, even so is this mind agitated. Hence should one abandon the realm of Mara.

35. Wonderful, indeed, it is to subdue the mind, so difficult to subdue, ever swift, and seizing whatever it desires. A tamed mind brings happiness.

36. Let the discerning man guard the mind, so difficult to detect and extremely subtle, seizing whatever it desires. A guarded mind brings happiness.

37. Dwelling in the cave (of the heart), the mind, without form, wanders far and alone. Those who subdue this mind are liberated from the bonds of Mara.

38. Wisdom never becomes perfect in one whose mind is not steadfast, who knows not the Good Teaching and whose faith wavers.

39. There is no fear for an awakened one, whose mind is not sodden (by lust) nor afflicted (by hate), and who has gone beyond both merit and demerit. [6]

40. Realizing that this body is as fragile as a clay pot, and fortifying this mind like a well-fortified city, fight out Mara with the sword of wisdom. Then, guarding the conquest, remain unattached.

41. Ere long, alas! this body will lie upon the earth, unheeded and lifeless, like a useless log.

42. Whatever harm an enemy may do to an enemy, or a hater to a hater, an ill-directed mind inflicts on oneself a greater harm.

43. Neither mother, father, nor any other relative can do one greater good than one's own well-directed mind.