Astrology Forecast for March 2013 - General Tendencies for All Sun Signs 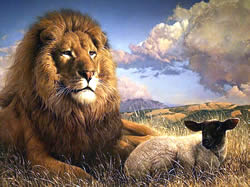 Astrologically, March will be coming in like a lamb and going out like a lion. Even though Mercury is in retrograde, life could be exceptionally positive over the first ten days of March, but by the time Mercury turns direct on St. Patrick's Day, March 17th, there could be unexpected accidents (especially on the highways) and a general feeling of unease. The last week of March could be especially difficult with the outer and the inner planets lining up for a major battle. Take time to enjoy the last few weeks of Winter, because by the time Spring begins the challenges will be upon us once again.

March begins on a Friday with the Sun, Saturn, and Pluto singing in harmony and the Moon in passionate Scorpio. Its going to be a great weekend for progress in groups or alone. Our determination and will power will be high, our troubleshooting insight will be off the scale, and conversations with authority figures will go better than expected.

Mercury will be crossing in front of the Sun, and Venus and Jupiter will be at right angles as the Week of March 4th begins. Monday morning could be cranky, and people will be sensitive. But, things should be improving by Tuesday, March 5th, with Mercury and Venus moving from opposite directions to take the Sun's place with Saturn and Pluto. In fact, these planets will be dancing together from Tuesday through Friday, March 8th. People will be sincere and realistic and ready to make changes. It will also be a great time for artistic projects and maybe even some romance.

Our attitudes and ideas may become distorted as the weekend of March 8th begins with Mercury and Jupiter creating disharmony. It will be a bad time for gambling and investing, and gossip could be flying. The gossip may lighten, but the confusion will increase on Sunday, March 10th, with the Moon entering Pisces and us crazy humans setting our clocks forward in honor of "Daylight Saving Time." But, Sunday will be an excellent day for prayer, meditation, psychic readings, and communing with the divine.

The week of March 11th looks very calm with only lunar aspects all week. The New Moon will be in Pisces on Monday, March 11th. The New Moon is always the best time for writing down our goals and our wish lists, and this month spiritual and personal goals could receive extra blessings. Mars and the Moon will both enter Mars' home sign of Aries early on Tuesday, March 12th. This will energize us and encourage us to start new projects through Thursday, March 14th. The Moon will then enter laid back, Taurus in the PM of March 14th, and this will encourage us to slow down our pace and take a thorough look at our environments. We may want to spend the next two days double-checking our work and taking stock of how far we have come. We may also be in the mood for some redecorating or adding beauty to our lives.

As we gear up for the St. Patrick's Day celebrations on the weekend of March 15th, we will want to be prepared, with Mercury's Direct Station occurring on St. Patrick's Day, Sunday, March 17th. We may find ourselves dealing with the typical Mercury retrograde issues, especially on Sunday after the Moon enters Gemini, including traffic delays, computer malfunctions, internet problems, misunderstandings, and possibly even car problems. Just be prepared and be patient, and everything should go fine.

We may find it a little difficult to stay focused as the week of March 18th begins, but our focus and our security should return by Tuesday afternoon, March 19th, after the Moon enters it's home sign of Cancer. The restlessness will return, and people could be easily excited, on the first day of Spring (and the International Astrology Day), Wednesday, March 20th. We will probably notice that our tempers are getting shorter as we approach the end of the week. Also use extra caution driving, because accidents will be more likely on Thursday and Friday, March 21st and 22nd.

That feeling of unease will probably continue to increase through the weekend of March 22nd, with Mars, Uranus, Jupiter, Saturn, and Pluto conflicting one another. We may really want to make some changes in our lives, and we may feel its important to react to challenges. Don't do it! You'll be "jumping from the frying pan into the fire." Count to ten and ask yourself, "What difference will it make in a hundred years?" before taking any actions.

A feeling of nervous restraint and underlying fear may be hovering over us as the week of March 25th begins. There could be jealousy, anxiety, and stupid decisions ahead. We may really be feeling the need to break free of our perceived oppression over the next few days, as we approach the Libra Full Moon early on Wednesday morning, March 27th. By Wednesday evening we should be feeling some relief. Mercury will be shaking hands with Saturn, encouraging realistic and stable thoughts. Venus and Uranus will also be lining up directly behind the Sun bringing out our charisma and charm. This will be a brief "warm snap" in the stars, so make the most of it. We will probably find ourselves under another astrological storm by the time the weekend arrives.

As I said at the beginning of this report, March is going to go out like a lion. The weekend of March 29th, Easter weekend, the Sun, Mercury, Venus, and Jupiter will each triangulate off of Pluto. Many people will be jumping to conclusions and overreacting on Good Friday, March 29th. We may also have to deal with issues with authority figures, deception from loved ones, people trying to push us around, and conflicts in general throughout the weekend. Try to keep your schedule light and your expectations to a minimum.

The "clouds" will lift and the tension will lighten as soon as April 1st arrives. But... the eclipses will also return. Check back next month to find out more