Angels of the Zodiac - Which Angel Governs Your Sign?

Have you ever wondered which Angel governs your sign? And did you know that all Angels are not exclusively derived from Heaven? Regarding personality, each of these entities play a role in your individuality.

{Referenced from A Dictionary of Angels by Gustav Davidson}

The Angel, Machidiel, (meaning "fullness of God"), governs the month of March and is also the ruler of Aries.

Asmodel, the Angel of April, rules the Zodiacal sign of Taurus. He is widely known as the "demon of punishment."

An Introduction to Angels 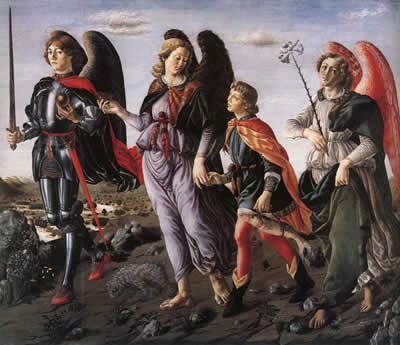 There was a time when angels were the stuff that children's stories were made of. Fantastic beings that made us all smile and believe in the goodness of things. However, are angels really fantastic? Perhaps and perhaps not. There are many people today who are trying to connect to their angels.

Angels are a separate order of being. They are different from humankind. Angels live in the non physical realm that surrounds all beings. Real and universal, they are messengers of source and spirit. Angels are not selective. They work with and love all beings and lend a helping hand to anyone who needs it. They are above the human barriers of race, caste, gender, planet, solar system even! Angels are not dead humans. Contrary to popular belief humans do have a spiritual soul, but that soul does not become an angel after death. Angels are however, formed from the thoughts of people so they can appear to have a human spirit.