The Necessity of Altruism

From One to Many 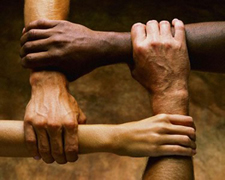 Originally, all people were internally connected. We felt and thought of ourselves as a single human being, and this is exactly how Nature treats us. This "collective" human being is called "Adam," from the Hebrew word, Domeh (similar), meaning similar to the Creator, who is also single and whole. However, despite our initial oneness, as our egoism grew we gradually lost the sensation of unity and became increasingly distant from each other.

Kabbalah books write that Nature's plan is for our egoism to keep growing until we realize that we have become separated and hateful to one another. The logic behind the plan is that we must first feel as a single entity, and then become separated into egoistic and detached individuals. Only then will we realize that we are completely opposite from the Creator, and utterly selfish.

The Purpose of Studying Kabbalah

The wisdom of Kabbalah (the wisdom of reception) first appeared about 5,000 years ago, when humans began to ask about the purpose of their existence. Those who knew it were called "Kabbalists," and had the answer to life's purpose and to the role of humanity in the universe.

But in those days, the desires of most people were too small to strive for this knowledge. So when Kabbalists saw that humanity did not need their wisdom, they hid it and secretly prepared it for a time when everyone would be ready for it. In the meantime, humanity cultivated other channels such as religion and science.