The History of Vampires 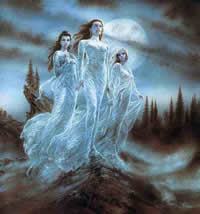 I. It Started With Blood

The Vampire persona has evolved from many true and untrue facts, legends and myths. At various times vampires, real and imagined, have been considered fiends, supernatural beings, shape-shifters, mentally disturbed deviants, satanic servants and fetish followers. However, it all began and still revolves around a taste for blood!

Contrary to the popular belief that Vampire history, stories and legends began with Vlad the Impaler, they go back much further than that. Many ancient societies worshiped blood thirsty gods. This caused people to begin to associate blood with divinity, leading to the development of the early vampire cults. Regardless of the spiritual value, some people have always had a desire to drink blood and the reasons are as varied as the practitioners. In some societies the practice was accepted, as in ancient Egypt. But in others, vampirism was considered deviant behavior and condemned.