Astrology Forecast for March 2014 - General Tendencies for All Sun Signs 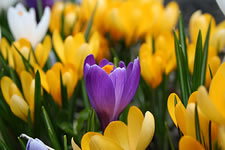 Mars retrograde will probably be the big event for March. We might find that our energy is low, and projects we begin could end up much differently than we anticipated. Saturn will also turn retrograde and Jupiter will turn direct, so we may notice that some areas of our life are ending, and some are reawakening. Jupiter and Uranus will maintain, and even strengthen, their conflict throughout this month. Most of our day to day routines should go fine, but there could be a subconscious nagging, and even a few outbursts before March ends.

March will begin on a Saturday under the Pisces New Moon (unless you are west of Pacific time, then the New Moon will be late February 28th), and about eight hours later, Mars will turn retrograde. Then, on Sunday morning, March 2nd, Saturn will turn retrograde. The whole weekend could be a fit of starts and stops. Our judgement could be off, and there could be problems with authority figures. A speeding ticket is very possible, so try not to push your luck too far. Think twice before making any major purchases, because Venus will be pushing Mars to extravagance through Sunday evening.

The week of March 3rd begins with the Sun and Pluto shaking hands, encouraging community activities. Staff meetings, sales calls, and interviews in general should go well. Our moods will probably calm on Fat Tuesday, March 3rd, after the Moon enters methodical Taurus, but we may get some very bright ideas when Venus enters Aquarius on Wednesday afternoon. Jupiter will be turning direct on Thursday, March 6th, so we may find ourselves dealing with bad-luck or restrictions in general on Wednesday, Thursday, and Friday, March 5th through the 7th. Jupiter will spend most of this month getting turned around and will not move much, so Sag's don't get too excited yet. It could be two or three weeks before you really notice your life is moving forward again.

The weekend of March 7th begins under the Gemini Moon approaching it's second quarter. The quarter Moons usually bring stable emotions, and Gemini will surely keep us busy. Friday and Saturday will be excellent days for games, short trips, and conversations. Daylight savings time will begin early Sunday morning, March 9th, and a few hours later the Moon will enter home loving Cancer. It will be a good day for family, and food, and readjusting to the earlier schedule.

Insecurity and stubborn behavior will be in the air as the week of March 10th begins. The Cancer Moon will get caught on the battleground of Jupiter, Uranus, and Pluto, and Mercury will find himself being disciplined by Saturn. Closed-minded thinking is probable, and emotional outbursts are possible on Monday. But, things should begin to improve on Tuesday, March 11th. The Moon will enter Leo Tuesday night, and many will be in the mood to "play" on Wednesday and Thursday, March 12th and 13th. The Sun will be shaking hands with Saturn as the week ends, and this could inspire business transactions and good-luck with authority figures.

The Moon will enter Virgo, ruled by Mercury, on Friday, March 14th, and Mercury will be dancing with Mars. Our minds will be quick, and conversations will be sharp and to the point. Its also going to be a great weekend for cleaning, organizing, and getting into the details of any project. The Virgo Moon will wax to a Full Moon on Sunday afternoon, March 16th. The Sun and Mars will also be out of sorts on that day, so we may find our energy comes in bursts, and our moods could be a bit critical.

The Moon will be in diplomatic Libra as the week of March 17th begins, but Venus, the ruler of Libra, and Jupiter will not be seeing eye to eye. There could be family or relationship problems to deal with as Monday, St. Patrick's Day, begins, but Venus' mood will quickly change as she approaches a short dance with Uranus. Any arguments should dissipate, and our thoughts will become more peaceful before the day ends. Tuesday should turn out to be a much more balanced day, and the Moon will enter passionate Scorpio on Wednesday, March 19th. The Moon will still be transiting Scorpio as the Sun enters Aries on Thursday, March 20th, the first day of Spring. We may be really ready to start something new, but the tension between Jupiter and Uranus may also be becoming more noticeable around that time. Some of us could be zealously going in the wrong direction. It may be a good time to check and make sure you are still on course with your goals.

The Moon will enter optimistic Sagittarius, but Mercury will be undermining Neptune bringing confused thoughts as the weekend of March 21st begins. We might really be in the mood to get out and enjoy life, but our approach to it could be all wrong. Addictive behaviors may be prominent, and stupidity is possible through Saturday night, March 22nd. With the Moon going void of course on Sunday morning, there is a possibility our minds will focus upon artistic or spiritual thoughts. But by Sunday afternoon, the Moon will enter Capricorn, and it will be at it's stabilizing fourth quarter. We will be ready to tackle even the biggest problems as the weekend ends.

The Capricorn Moon will be battling with the outer giants, Jupiter, Uranus, and Pluto as the week of March 24th begins. "Blue Monday," may cross our thoughts as we start our work week, but by afternoon, we should notice its business as usual. We have another void of course Moon coming Tuesday, March 25th. We may not feel much like talking, but its quite probable that we will find our work very rewarding on Tuesday and Wednesday. Try to work alone on Tuesday, and share with the team on Wednesday after the Moon has entered Aquarius. The Moon will be void of course again for most of the day on Thursday, March 27th. It would be another good day to work alone, especially on creative projects.

The weekend of March 28th will begin with Venus whispering secrets to Mars while throwing rocks at Saturn. The Moon will be in intuitive Pisces, so if we can be still and listen to the rhythm of our lives, we may actually have a great weekend. If not, we may find ourselves being hurtful and sarcastic toward loved ones, and we could be placing our values and beliefs above others. Our moods should change drastically by Saturday evening when the Moon enters Aries. We may be ready to focus on ourselves and new beginnings. The Aries Moon will reach it's New-Moon phase Sunday afternoon, March 30th, and we could really want to start something then. But, it is also likely we will encounter hurtles and challenges most of the day, so its going to be so very important to stay focused and flexible.

The Aries Moon will be in a slightly better mood as the month ends and the week begins on Monday, March 31st, but it will be going void of course one more time this month later that afternoon. It may be a good idea to be ready to put some plans on hold. We will be in a much better situation to deal with those plans on Tuesday, April 1st.

We have a major planetary aspect involving four outer planets and two eclipses coming in April. The surf will be up and the ride could be rough. Check back next month to find out more.