Astrology Forecast for October 2013 - General Tendencies for All Sun Signs 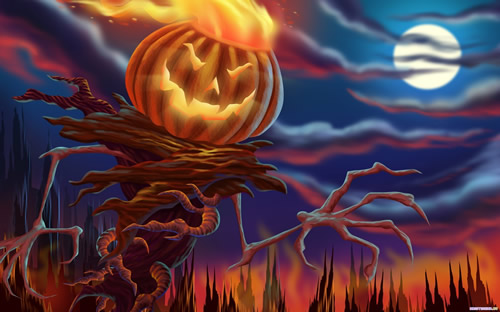 The Uranus-Pluto conflict will be escalating throughout the month of October, and the month will begin with the Sun irritating the hell out of these two planets. We may get a bit of a reprieve from the New Moon through Columbus Day, but by mid month we will be in the midst of a lunar eclipse and another Mercury retrograde. And, as we approach Halloween and the end of October, there could be some very rash and fanatical behavior going on around us. Keep your schedules light, keep a stash of extra money, and take care of your health this month. You are probably going to need the extra time, money, and energy.

The Sun, Uranus, and Pluto will be at a T-square during the first 3 days of this month, which could bring mistakes, conflicts, and unexpected issues to deal with. As the Sun begins to wind down his conflict with Uranus and Pluto on Friday, October 4th, the Moon will move in to conjunct the Sun (the New Moon) and re-energize the strife. Some will be very uptight, and we may feel like we are trapped through Saturday, October 5th. But, life will improve on Sunday, October 6th, and we will be ready to embrace our chores.

The week of October 7th will begin on a positive note with Venus entering optimistic Sagittarius, and the Scorpio Moon will help many of us solve a few problems. We may find it difficult to communicate especially with authority figures on Tuesday, October 8th, but the rest of the week will put many of us in the limelight. We may want to have our speeches prepared. ;)

The weekend of October 11th will begin on the second quarter Moon in Capricorn. This should bring a very stabilizing effect. But, there could also be some personal problems to deal with as the Sun squares off with Jupiter on Saturday, October 12th. We will be ready to try something different on Sunday, October 13th, under the rebellious Aquarius Moon.

Columbus Day is Monday, October 14th, and some of us will get the day off. For those of us who have to go to work, we should find it is a typical day. For those who get the day off, however, its going to be a great day to play! Mars will be at the last degree of Leo saying, "let's get out and have some fun while we can." The rest of the week will be great for shopping and redecorating, but by Thursday, October 17th, the tension could be building with the approaching eclipse.

The lunar eclipse will happen as our weekend begins, on Friday, October 18th, at 7:50 PM Eastern time. This will be a penumbral lunar eclipse. Only the fringe of the Earth's shadow will cross the Moon. Even though it is not a total eclipse, it will still carry a wallop. Eclipses on average are considered ten times more powerful than an average Full Moon. So, there could be plenty of emotions erupting on Friday night - positive and negative. Mars and Neptune will also be at a standoff over most of the weekend, and this could lead us to act in confusing and addictive ways. Mercury's retrograde will also begin Monday morning, so we could experience travel, communication, and computer problems over the weekend too. Practice moderation this weekend, and dig a hole and crawl in it, if you can. ;)

Mercury's retrograde begins on Monday, October 21st, at 6:29 AM Eastern time. Mercury rules transportation, communication, siblings, and all things Gemini and Virgo. Be very careful on your morning commute on Monday, accidents and delays will be likely. The drama should begin to fade by Tuesday, October 22nd, and our perspectives could change on Wednesday, October 23rd, as the Sun enters Scorpio while receiving blessings from Neptune. Things could get very creative, before our workweek ends.

There is a possibility of new romance and a possibility that a relationship could end as the weekend of October 25th begins. Friday evening could be a bit quiet with the Moon void of course, but the Moon will enter playful Leo on Saturday afternoon, and we may be ready to treat ourselves. It will be a great weekend to go out and enjoy the haunted houses and Halloween entertainment in your area. In fact, this weekend will be a much better time to celebrate Halloween than Halloween day, itself. So, don't be shy.

The Moon will be void of course again on Monday, October 28th, as the new week begins, so we may not feel much like talking. Work alone if you can. Mercury, the ruler of thought, will be traveling backwards across Saturn, so our minds will also be shrewd and alert. Monday and Tuesday will definitely be excellent days to work on old projects or "cold cases." Uranus and Pluto will hit the peak of their square on Friday, November 1st, but Mars will be making an angle to each of them as October ends. We may really feel like getting rid of a few things (and maybe a few people) in our lives on Wednesday and Thursday, October 30th and 31st, but we could also be acting rashly and impulsive. Think very, very hard before acting as October ends and November begins. Also, postpone any life changing decisions until after Mercury's retrograde ends on November 10th.

Uranus and Pluto will hit their climax on November 1st, but we also have a total solar eclipse and Mercury turning direct, before Thanksgiving and Hannukah begin. Check back next month to find out more.